bristolindymedia Posted on April 3, 2014 Posted in Main Feature No Comments 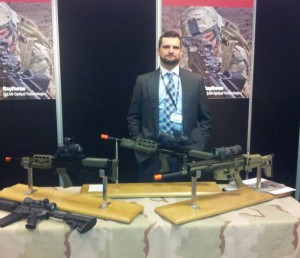 On 20 November 2013, UWE students “staged an ‘impeccable’ protest”1 against DPRTE, the military business and arms fair held at UWE in 2012 and 2013. Despite widespread hostility as well as systematic silencing, manipulation, repression and criminalisation, sometimes extending to threatened and actual violence from DPRTE participants, university security and the police, humble yet determined protests proved sufficient to see off the biggest military business and arms fair in the South West2. Early today, campaigning students released an open letter to UWE’s Board of Governors demanding an transparent, comprehensive and independent review into the university, following the repression against their peaceful protests, including direct efforts of UWE VC and the university’s Head of Security to intimidate and criminalise peaceful protesters. Campaigning UWE students also confirmed that activists and supporters will gather at UWE Bristol on 14 April 2014 for a national action called for by the Campaign Against the Arms Trade in solidarity with repressed UWE students, to denounce UWE’s collusion with the military and as part of the Global Day of Action Against Military Spending.

Karen who studies Engineering at UWE said: “UWE crossed a line on 20 November by participating to the repression and criminalisation of its own students, while claiming to welcome democratic protests3 and champion progressive social change4. As far as we know, it is also the first time in UK history a Vice-chancellor dared to directly intimidate his own students and to then chase up policemen in an attempt to carry out his threats. For UWE students, the national action at UWE Bristol on 14 April is specifically to raise awareness about what happened on campus on 20 November. It is also part of an escalating campaign to push for an independent review to hold everyone accountable for their actions and inaction during and following those events. As part of the Global Day of Action Against Military Spending, we will also be denouncing with our allies outrageous military spendings fuelling the business of death, in the time of widespread and deep cuts to welfare and education”.

1 On 20 November 2013, UWE’s student newspaper, the Western Eye, the only media that was present onsite and that thus could directly observe the protests, reported that “students stage[d] ‘impeccable’ protest” and that “Most student observations of the day’s events favoured the humble efforts of the protestors to hold both the ‘arms’ industry and UWE to account for it actions” (http://www.westerneye.net/news/2013/11/students-stage-impeccable-protest/).

2 DPRTE’s website (www.dprte.co.uk) was recently updated and now states that their next event will take place in Cardiff on 9 October 2014.