bristolindymedia Posted on April 11, 2014 Posted in Main Feature No Comments 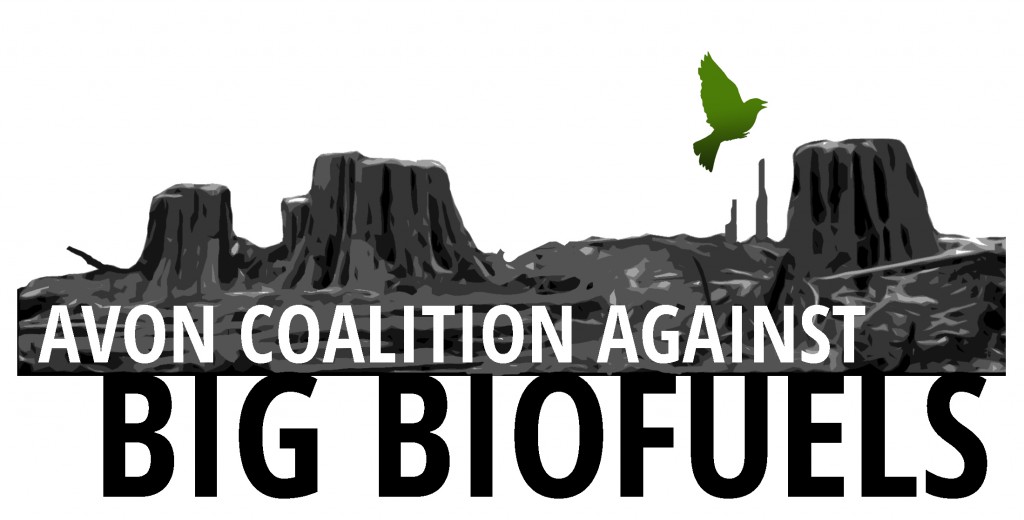 A couple of months ago we found out that we have an imminent and nationally strategic extreme energy threat on our doorstep.  One that we may be in a position to make or break. The tide seems to be turning in our favour but it’s going to need a big push. So obviously the best solution is to go for a bike ride with a sound system and eat some cake in a park this Saturday…

It turns out that we have not one but two industrial scale bioenergy plants planned for Avonmouth. The long fought50MW W4B plant in Avonmouth would burn palm oil, a cash crop associated with brutal land grabs & tropical deforestation. For a recent and horrific example of what this can mean for indigenous communities and others take a look at this.

As well as the people at risk, there’s the wildlife. I try not to get too emotionally engaged by charismatic mega fauna, but then I had to go looking for pictures of Sumatran rhinos. They’ve been on earth longer than any other living mammal, and there are about 100 left. It sounds hyperbolic, but what you’re looking at might cease to exist because of what happens in Avonmouth in the next year. Currently Palm oil for biofuel is a small part of the market for palm oil, but no large scalepalm oil burning plants have so far been built in the UK and many are planned.

Then there’s the new £300million Helius plant. It’s so big – at 100MW- it was approved by Whitehall rather than locally. The company claims that it would be fueled on wood chip waste and ‘sustainable’ imports, but similar claims by Drax power station have already been broken – it uses timber sourced from clear-cut old-growth forests in North America.  Situated next to St Andrews Road train station at the Eastern arm of the Avonmouth Dock, it’s perfectly placed to burn other people’s trees. The Department of Energy and Climate Change admit that 80% of biomass fuel would have to be imported.

Leaked documents from DECC also suggest that it will generate more greenhouse gases than coal. Not surprising when you consider the methane released by many forms of clear cutting, the fuel to ship the logs across the planet, and the fact that you are burning several hundred years‘ worth of carbon instantly, hoping that there will be a tree planted in the same spot that will be allowed to grow and mop up the damage over the next few hundred years. This is not sensible behavior as we teeter on the tipping point of runaway climate change.

Avonmouth residents are already suffering from wind blown wood dust in the area, which is known to cause nasalcancer and respiratory problems. The last thing they need is a further 850 000 tonnes of wood chip passing through every year. Avonmouth Dust Forum has run a brilliant national campaign but they’re fighting an uphillbattle against slow turning bureaucracies and The Bristol Port Company. The same Port Company  which is about to be sold Bristol City Council‘s freehold share of the land for a mere £10 million. And whose substantial donation to the Tory Party failed to be disclosed via the normal channels by local MP Charlotte Leslie.

The good news is that despite having land and planning permission, both projects are short of investment. W4B has been dormant for 4 years, Heilius for 2.

At Helius’ AGM last week they extended the deadline for financial closure from the end first quarter to end second quarter and admitted that they might not survive if they did not achieve this.

“The company said that in the event that the Avonmouth project does not reach financial close by this time, the company may be unable to realise its assets and pay its liabilities in the normal course of business, casting some doubt over future operations if these events were to occur”.

Southampton are next in line for a big biomass power station if Helius can build at Avonmouth, but it seems likely to be scrapped if we win.

There are a couple of interesting levers we can use. The first is that Biomass and Biofuels are entirely uneconomic without subsidy. Perversely they are already qualified for the Renewable Obligations Certificates (ROCs )-  Which are paid from everyones electricity bills to the generator. They are worth tens of millions of pounds a year to both companies. Now the Treasury is considering Helius Energy for a Loan Guarantee scheme. Using tax payers‘ money to make any investment in the Power Plants risk free.  If we can stop that guarantee going ahead then we may well buy enough time for the projects to struggle or failentirely. We’ve been writing directly to George Osborne and as of last Tuesday so has George Ferguson.

The second lever is that international environmental eyes will be on Bristol for the Green Capital year 2015. The same year these power stations are due to start construction. Whatever you feel about the corporate jamboree that the Green Capital is likely to entail, it is a great opportunity to tell the story of what big biofuels would mean. Minds will be focused on ensuring we put our best face forward. And the fiasco of Big Biofuels isn’t a pretty face.

So that bike ride. It’s going to be fun. We’ve got a top mobile sound system, silly costumes, sunshine and a beautiful gentle off road 8 mile route through the gorge. There’ll be introductions to the issue by Molly Scott Cato, Professor of Green Economics, Roehampton University, and embattled residents from the Avonmouth Dust Forum. Stopping for a nod to the Good Biomass power station up Blaise Castle (locally sourced waste wood, combined heat and power project). Winding up with a free bike fixing session and face painting for the local kids in Avonmouth Park. Oh, and a cake based instillation of a clear cut forest will need eating. See you at the Lloyds Amphitheatre at 11am or Avonmouth park at 2.30pm.