bristolindymedia Posted on May 24, 2014 Posted in Main Feature No Comments 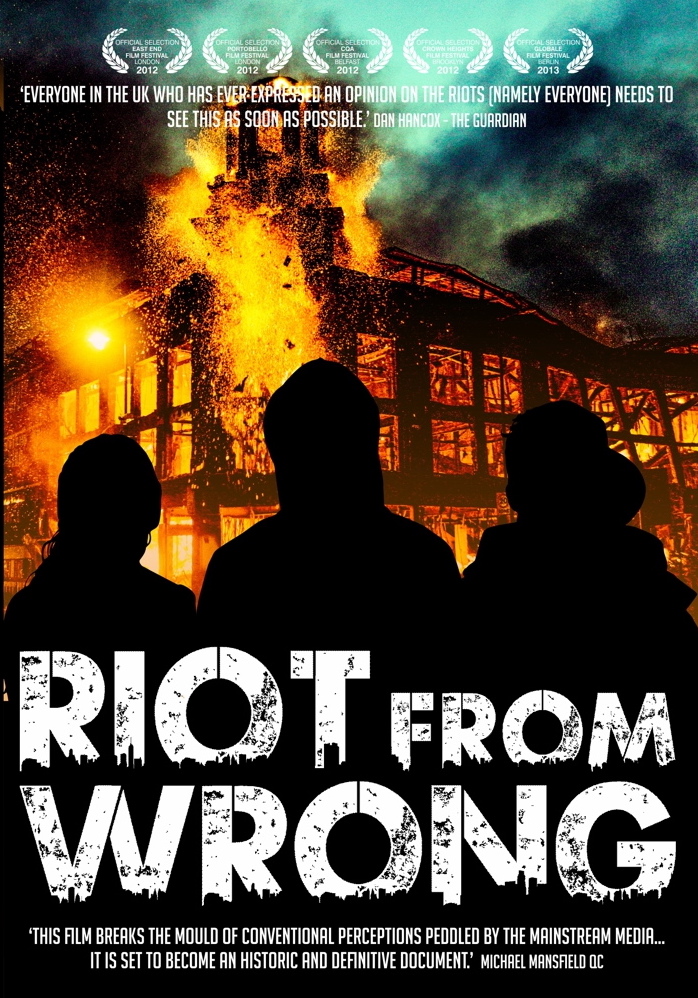 As part of The Bristol Cable’s programme of free workshops and events,  we are pleased to invite you to a free event ‘Low budget film making’ and Q&A with pioneering youth film group, Fully Focused Productions + a screening of their critically acclaimed documentary ‘Riot from Wrong’.

On the 4th day of the riots, in the face of the devastation and destruction, surrounded by negativity and misconception,19 passionate young people from across London came together to take positive action.

The critically acclaimed, eye opening documentary RIOT FROM WRONG is a result of that positive action.

Read what influential people have to say about the film…

‘This film breaks the mould of conventional perceptions peddled by the mainstream media. It opens doors that have remained firmly closed on a generation which feels disenfranchised and disempowered. Made by young people at street level who have access and credibility, not by pontificating pundits. It is set to become an historic and definitive document. A resource which should be viewed by all those who care about the restoration of an inclusive and effective democracy.’

‘The best documentary on the August Riots bar none’.

‘One thing I learned from Riot From Wrong is that 14 young people can get closer to the truth than 90% of working journalists’. Everyone in the UK who has ever expressed an opinion on the riots (namely everyone) needs to see this as soon as possible.

‘It was a very impressive film and demonstrated a unique insight into some of the causes of the riots. These young people could be the leading documentary makers of the future!’

‘The best & most articulate portrayal of the reasons behind the riots that I’ve seen. I hope it reaches far and wide, it has a really important message & education for people across society.’

‘Informative and balanced portrayal of last summers events – Should be seen by a wider audience. Well done to all the young people who worked so hard on this well made documentary.’

‘This film is incredible, it really opened my eyes to the many issues young people face today…’