bristolindymedia Posted on June 6, 2014 Posted in Main Feature No Comments 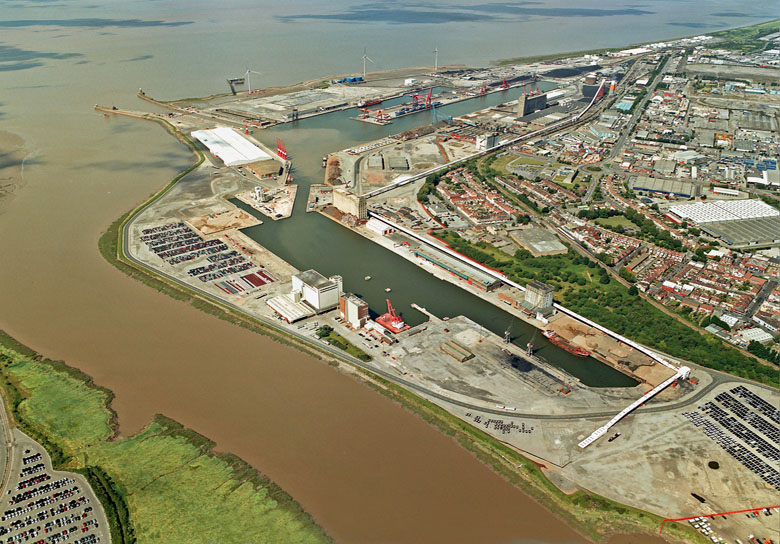 The local community who for some years have been running solid campaigns against the most toxic impositions of the Port Company heard that yet another industry with a poor safety record was heading their way. Someone suggested a demo at a couple of days notice. And a small village got out on the streets.

More specifically it got out on the road, blockading lorries and disrupting the ports normal business. Kids, former dockers, mums with hand drawn placards. Upwards of thirty residents decided they’d had enough. There were no arrests and at the neighbourhood forum meeting that followed it was clear that the politicians were wrong footed. Some thing’s shifting.

There were lots of factors in play which triggered this. The Avonmouth Dust forum have run a brilliant campaign for the last couple of years high lighting the little known risks from waste wood chip processing. Wood dust has several serious health implications – workers are obliged to wear masks, but locals get no protection from the companies currently working in the open air right next to residential areas. Most recently people have noticed that this cocktail has been added to by a dose of metal dust from processing at Simms scrap metal.

Then last month there were the flies – wood waste processors Boomeco had taken possession of a shipment of waste wood that was infested, and overnight homes and businesses were overwhelmed by the insects. The company admitted responsibility but refused to foot the bills for fumigation. As I understand it they’ve since had their operations suspended.

Then last week a chance inquiry into what was due to happen to ‘the old flour mill site’ revealed that it was marked for Bottom Ash disposal. That’s the stuff that you get at the end of an incineration process. A few years ago bottom ash was held at a site near Avonmouth and regularly blew across the road. It was discovered to be radioactive, probably due to the inclusion of medical waste in the ash.

The issues don’t end there. The Helius biomass site burning wood for electricity is likely to not only substantially increase wood dust but add smoke to the area too. At least one more new biomass burning site has just been proposed this month, next to the also air polluting proposed palm oil burning plant W4B.

With the port freehold being sold off by Bristol City council for a song, residents are set to loose yet another potential leaver against these impositions.

Anecdotal evidence suggests that Avonmouth is already suffering from a public health crisis as a result of the almost entirely unregulated activities on port land, but the Health Authority has not yet responded to calls to monitor issues in the area. The Environment Agency have failed time and time again to step in and enforce legislation against potentially lethal polluters. But this summer it seems there may be a chance for change. More demos against the port are expected and will be announced here.

Please consider coming down and supporting the village that Bristol forgot. You’ll be inspired.